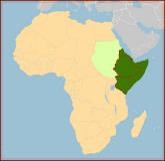 Progradex will commission a PGX1350R Sampler later this month in the Horn of Africa.

This is the first Progradex Sampling System to be manufactured in the United Kingdom. Prior to this one, all Progradex manufacture was carried out in Perth, Western Australia.

As well as the usual fabrication equipment to include MIG and TIG welding, the new UK manufacturing facility features in-house laser cutting and rolling capability reducing manufacturing lead times and providing the ability to experiment with and trial new materials within the sampling systems taking the company’s ongoing commitment to research and development in a new direction.

The system recently arrived on site at the Bisha Mine in Eritrea, North East Africa where it will be mounted to a Schramm 450GT Rig for RC Grade Control, similar to the rig/sampler arrangement pictured below.

Bisha Mining is an Eritrean company formed for the development and operation of the Bisha Mine in Western Eritrea. It is owned by Nevsun Resources Ltd. (60%) and the Eritrean National Mining Corporation (ENAMCO) (40%).

The Bisha Mine is a high-grade copper, gold, silver and zinc mine that commenced production in February 2011. It has received continuous support from the Eritrean government, who granted the Company’s mining license in January 2008 and is the first modern mine in Eritrea.

After two years of low cost gold production, the Bisha Mine transitioned to low-cost, high-grade copper production in 2013. Starting in 2016, Bisha will also produce zinc concentrate. Over the remaining life of the mine Bisha is forecast to produce over 640 million pounds of copper and over 1.7 billion pounds of zinc. Further resource potential exists at depth and from nearby discoveries within the Company’s licensed areas.

Progradex was chosen for RC Grade Control at Bisha after a third party audit reported deficiencies in mine to mill reconciliation and attributed the cause to inefficiencies in the current RC Sampling System being used in the pit producing unrepresentative samples.

Specifically, Bisha Mining justification for the change to Progradex was made on the basis of:-

The Progradex system isolates dust and water exposure to the operators and requires less manual handling than the current practice of collecting the sample and manual splitting.

The Progradex system will reduce the number of operators required and allow deployment to enhance the ore spotting and recording/auditing functions in the mine.

The inbuilt automation will remove any source of human error involved in sample mix-ups and will deliver a consistent secondary split product every time from the primary sample.

The implementation of this system will improve our downstream forecasting (particularly mine to mill) and provide higher confidence in final product characteristics leading to increased returns and reputation from greater consistency of final concentrate.

The system will enhance the recovery of precious metals within the grade control process through collection of fines.

Commissioning of the Progradex PGX1350R Sampling System will take place at the end of April/beginning of May 2015.