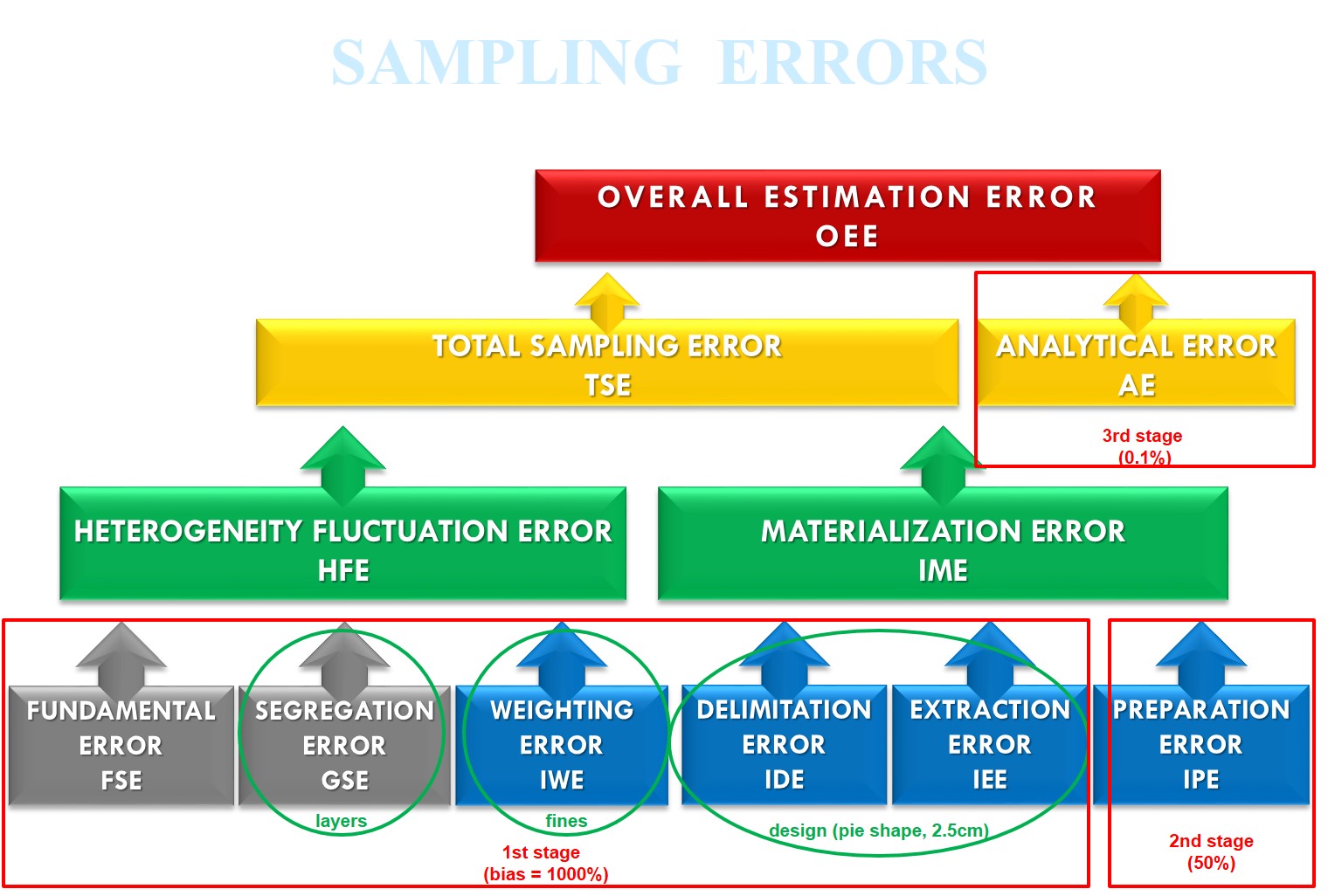 Sampling Error is complicated and is made up of many contributing and influencing factors (errors) which occur at different stages of the various sampling processes, all of which combine to form what is known as the “Overall Estimation Error (OEE)”.

By far the largest percentage of Overall Estimation Error (OEE) occurs at the first stage however, the drilling stage, where the initial samples are taken. Errors here are grouped into five recognised categories:-

These five sampling errors are all derived at the drilling stage (drill sampling) and bias here accounts for approximately 1000% of the Overall Estimation Error (OEE) compared to around 50% for the second stage, known as Preparation Error (IPE), and approximately 0.1% at the third stage, known as Analytical Error (AE). The second and third stages occur after drilling once samples are presented to the lab for processing and, while very important, have a relatively small impact on the Overall Estimation Error (OEE) compared to those seen at the drilling stage. This is why it is critical to get your drill sampling right from the outset because the impact of every error thereafter pales into relative insignificance by comparison.

Other than the Fundamental Error (FSE), which is unavoidable though can be managed, a Progradex Sampling System will entirely remove all other sampling errors at the initial drilling stage for the following reasons:-