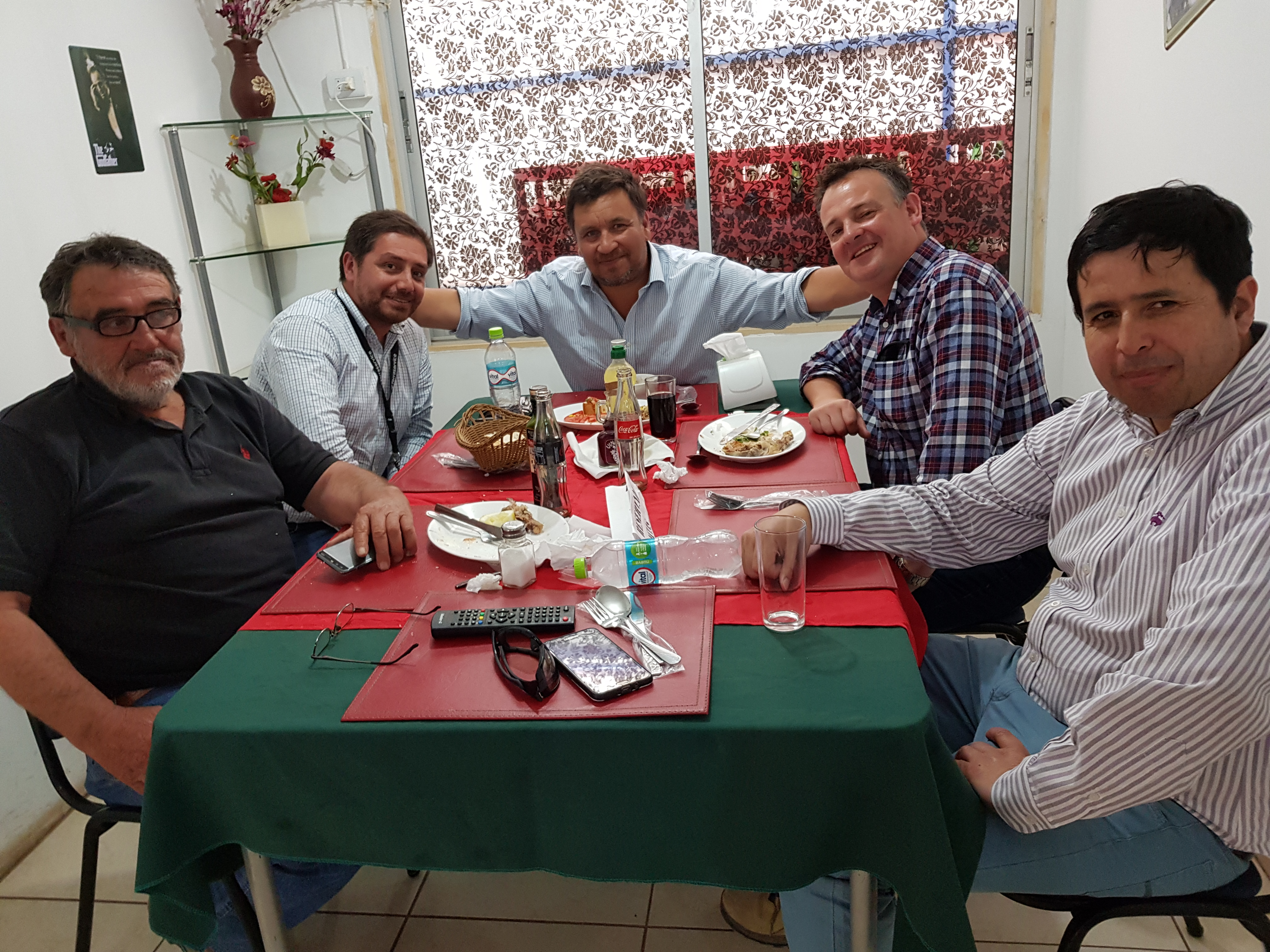 A bit of history for you. The guys I’m with here work for a Chilean drilling company called Terraservice. This is the company that found the 33 trapped miners in the Chilean mining disaster a few years ago. The guy on the far left, Eduardo Hurtado, was the drilling supervisor on the actual hole that found them. He has since been involved as an advisor in the Hollywood film that was made [The 33] about the story and Terraservice’s drill rigs and equipment were used in the making of the film. The Chilean flag below is the actual flag that was flown on top of the rig during the rescue operation. It has been signed by all of the 33 rescued and now hangs in Terraservice’s reception in Copiapo. 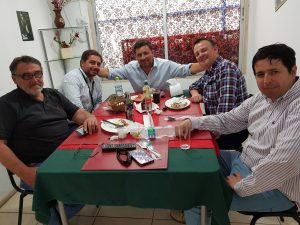 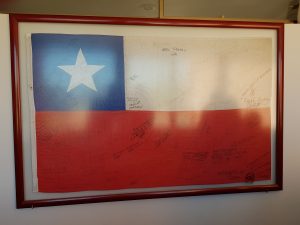 I am privileged and honoured to say that Eduardo and his team, including the driller that drilled the miracle hole, will be helping me next week at Barrick’s Alturas Project in an exploration drilling programme to find gold. I am confident that, with Terraservice’s track record of finding the impossible, locating gold is going to be relatively easy.