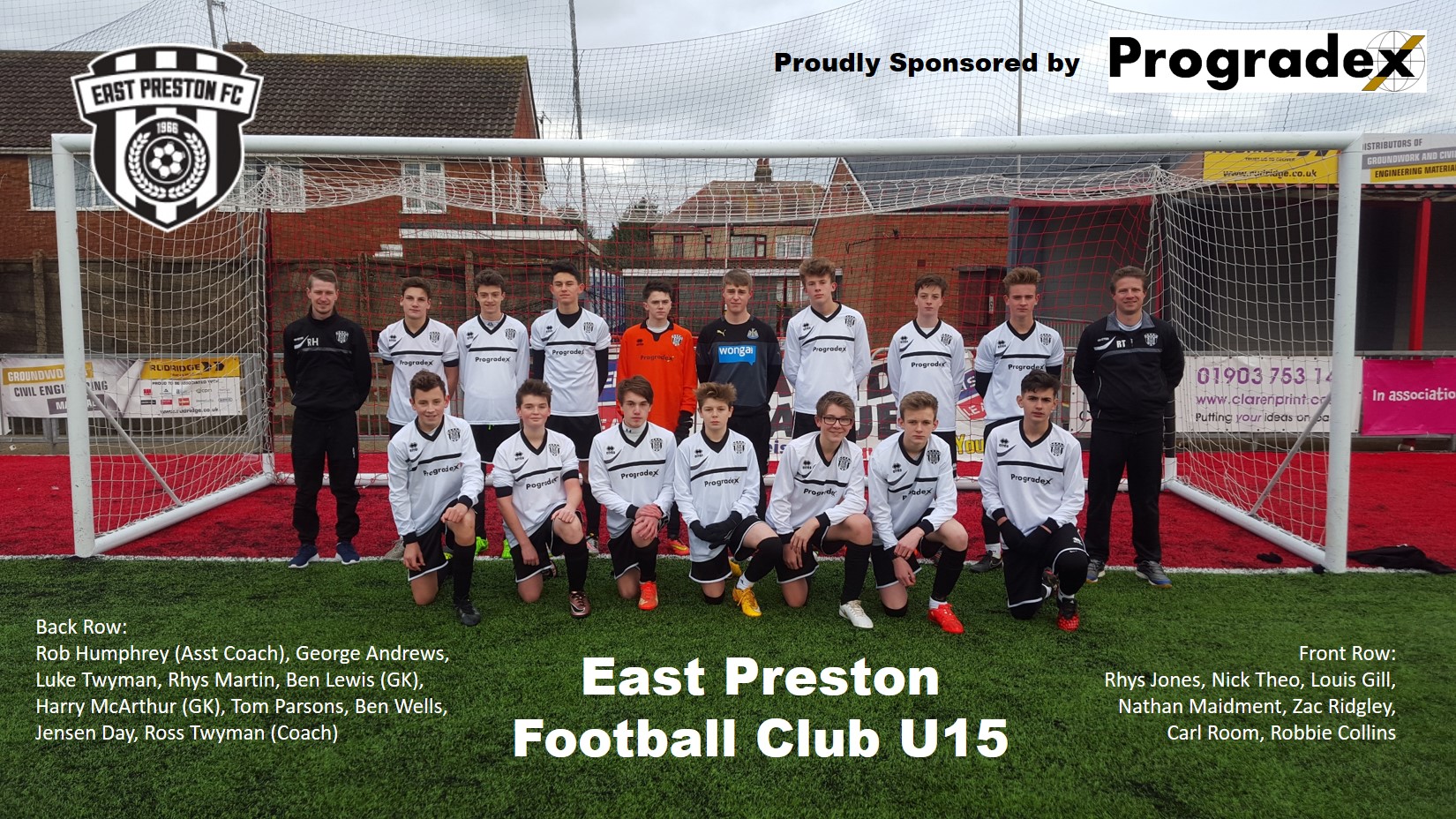 Progradex is the Proud Sponsor of East Preston Football Club – U15. 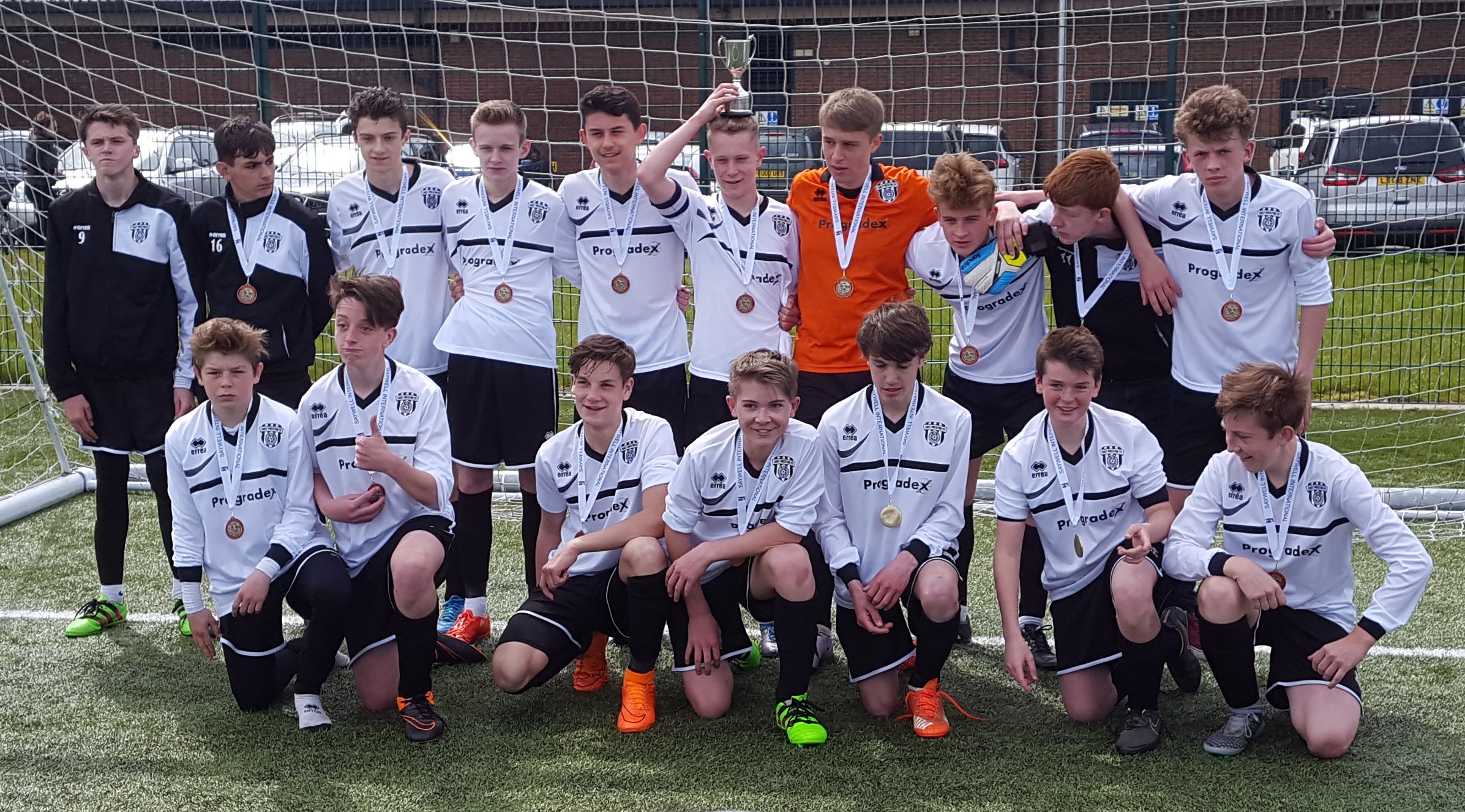 The 2015/16 Saywell International (Arun and Chichester) Youth League football season has finished in one of the most exciting climaxes to any season with East Preston U15 being crowned Division C Champions after a play-off game against their close rivals Lancing Rangers FC at a neutral venue.

The play-off decider, played on a full size 4G Astro Turf Pitch at Arun Leisure Centre on Sunday 1st May 2016, was required as both East Preston and Lancing Rangers finished the season winning all of their respective games except their head-to-head home matches which both ended with 1-2 away wins. This highly unusual play-off scenario comes as a result of an English Football Association (FA) initiative that no longer recogonises goal difference at youth level in an attempt to discourage high scoring whitewashes of teams with lesser ability.

While both East Preston and Lancing Rangers have won promotion to the B League next season after finishing in the top two, a play-off was required to establish who would be crowned champions and receive the league trophy.

East Preston got off to the better start looking the more threatening of the two sides when centre-forward, Jensen Day, was brought down mid-way through the first half by a late challenge in the 18 yard box. The resulting penalty awarded saw a great save to his right from the Lancing Rangers goalkeeper to keep the score at 0-0 and it stayed that way for the remainder of the first half.

Early into the second half, Lancing went on an attack and scored the opening goal with a simple tap in after East Preston were unable to clear the ball from a powerfully whipped in cross from the right. 10 minutes later, East Preston won a corner at the other end which produced one of the best goals you will see at any level of football. The precision guided corner was crossed in at pace from the right by Tom Parsons and met on the edge of the 6 yard box by East Preston midfielder Rhys Martin rising head & shoulders above the rest to put the ball in the back of the net with an unstoppable, thunderous header and bring the score level at 1-1.

From this point on, it was all East Preston and the title was secured by two more unanswered goals from Declan Humphrey in open play to make the final score 3-1 at the final whistle.

East Preston U15 Football Club was formed at the beginning of the 2015/16 season with Progradex Ltd as the proud official shirt sponsor.

Progradex would like to pay tribute to the winning efforts of the team in its inaugural season with special thanks to Ross Twyman (Head Coach) and Rob Humphrey (Asst. Coach) for their dedication and commitment to the club and players throughout the year.